Use our Hormone Symptom Checker to evaluate which

WHAT IS BIO-IDENTICAL HORMONE REPLACEMENT (BHRT)?

Bio-identical hormone replacement therapy is exactly what it sounds like. It is using hormones that are identical to the hormones naturally made by your body. Bio-identical hormone replacement therapy (BHRT) has transformed the healthcare of men and women as they enter the second half of their lives. It provides an alternative to hormones that are synthetic, like injectable testosterone, or concentrated from horse urine (Premarin). Patients taking BHRT usually prepared by compounding pharmacists can be given in dosages tailored to their individual needs; instead of the narrow choices available with mass-produced hormone therapies (one size fits all).

On a blood test, your total estradiol or testosterone not only measures the bio-identical estrogen or testosterone you’ve taken but also the amount of those hormones your body makes. On the other hand, Premarin, the old standby estrogen used for decades is metabolized into various forms of estrogen that are dangerous and are not measured by standard laboratory tests. Proponents of bio-identical hormones say that one important advantage of bio-identical therapy is that hormone levels can be monitored more precisely and treatment individualized accordingly.

Almost all of us over the age of 40 (and in many cases over 30) begin to experience hormone imbalance. Over our lifetime, we are exposed to environmental and dietary toxins, which contribute to the natural decline of hormones as we age. In order to balance your hormones for optimal health and wellness, it is critical to be evaluated by a highly trained healthcare provider – including comprehensive lab testing and in depth initial questionnaires – prior to creating a personalized treatment plan.

IS BHRT RIGHT FOR YOU?

any factors can contribute to conditions and diseases that can occur at any stage in life, resulting from an imbalance of hormones:

As a result of hormone imbalance, you may be experiencing one or a combination of what have become known as the classic symptoms of aging:

Men may experience these symptoms of low testosterone levels:

One of the simplest methods of measuring hormone levels is the saliva hormone test. Saliva tests are used to detect the levels of sex-hormones produced by the body. The saliva samples should be collected in the morning, afternoon, evening and before bedtime to accurately measure your cortisol levels, which fluctuate throughout the day. Measuring cortisol levels provides an accurate assessment of symptoms of adrenal fatigue.

Some hormones circulating in the bloodstream, such as the thyroid hormones and insulin, do not enter the saliva because of their large size; this means that saliva hormone tests cannot measure these hormones.

These additional hormone tests will not only help your healthcare provider get a clear picture of your hormone levels, but also allows your provider to tailor a personalized wellness program that addresses your individual needs.

Simple Tests for an Extraordinary Solution

The simple saliva tests and blood spot tests described above allow Advanced Practice providers to get an accurate picture of what is going on inside the body. This information makes all the difference in designing your personalized treatment plan. These tests are the first step towards a healthier, happier you.

$132 – SERUM/BLOOD THYROID PANEL REQUIRED INITIALLY, THEN EVERY 3 MONTHS OR AS NEEDED

ADDITIONAL LAB TESTING MAY BE REQUIRED ON A PATIENT SPECIFIC BASIS.

Bio-identical hormone replacement focuses on treating the underlying imbalance. Sex hormones, Adrenal hormones and Thyroid hormones work in tandem with each other and must be balanced together for optimal symptoms relief.

Medication options are customized to help reduce your imbalances and reduce your symptoms. They may include the following: creams, injections, pellet implants, vaginal creams or tablets, pharmaceutical hormonal or non-hormonal agents, or oral troche/lozenges.

We work with multiple local and nation-wide compounding pharmacies to help you find the most affordable and optimal treatment plan. Each patient is different and a customized plan will be developed just for you.

THE COST AND DELIVERY TYPE IS DEPENDENT UPON MANY FACTORS INCLUDING YOUR ACTUAL HORMONE LEVELS, SYMPTOMS, AND LIFESTYLE. YOUR PLAN OF CARE WILL BE TAILORED TO YOUR SPECIFIC NEEDS.

WORKING WITH COMPOUNDING PHARMACIES FOR A VARIETY OF MALE ENHANCEMENT OPTIONS.

SILDENAFIL (VIAGRA) OR TADALAFIL (CIALIS) LOZENGES WHICH MELT IN YOUR MOUTH ARE 1/3 THE COST OF THE PRESCRIPTIONS MEDICATION IN MOST CASES AND WORK JUST AS WELL IF NOT BETTER FOR MOST MEN.

TriMix – TriMix injections are a mixture of 3 drugs that provide an effective, low cost treatment for men struggling with erectile dysfunction. It is an alternative treatment for men who cannot take, have not had good results with, or experience severe side effects from PDE5 Inhibitor tablets (Viagra®, Levitra®, Cialis®). TriMix injections are a medication that is very customized to the patients needs.

REQUIREMENTS: Medical Exam and Lab test for IGF-1 $148 –
Peptide Therapy  that has been genetically engineered to stimulate the secretion of Growth Hormone Releasing Hormone (GHRH) As we get older, the hormones produced by the anterior pituitary are depleted. It has now been shown that Peptide Therapy can restore the GH-RNA to a youthful level causing elevation of levels of IGF-1. May be used by both men or women to help reverse the effects of aging.

Since Peptide Therapy is stimulating the pituitary gland to naturally increase HGH production and release, it is safely regulated through the pituitary gland’s negative feedback system. So safety concerns with HGH overdosing are avoided. Peptide Therapy offers patients a safe and effective way to get all the benefits associated with HGH replacement therapy without the side effects.

Most Peptide options are a subcutaneous injection, self-administered 5-7 days per week.

Suggested dosage: Inject 0.1ml to .3ml subcutaneously 5 out of 7 nights of the week before bedtime on
an empty stomach.

CJC 1295 has shown to stimulate growth hormone secretion and may keep a steady increase of HGH and IGF-1 with no increase in prolactin, leading to fat loss, and increased protein synthesis thereby promoting growth.
CJC 1295 is a tetrasubstituted 29-amino acid peptide hormone, primarily functioning as a growth hormone releasing hormone (GHRH) analog. CJC 1295 out performs the older and outdated GHRH, Sermorelin. The half-life of Sermorelin ranges from 8-12 minutes, whereas the half-life of CJC 1295
extends to 30 minutes. Sermorelin’s efficacy decreases with time and the body produces antibodies to Sermorelin, bioconjugate with serum albumin, thus increasing its half-life and potential therapeutic window. It accomplishes this by using protecting groups around the amino acids of GHRH typically
susceptible to enzymatic degradation, thus increasing the half-life. Consequently CJC 129 without DAC is designed to provide a GHRH-like stimulation around the clock with increased amplitude and longer
stimulation, (28 minutes instead of 8-12 of sermorelin), maintaining the natural pulsatile stimulation of the pituitary without decreasing secretion as observed in CJC with DAC.

Suggested dosage: Inject 0.10ml subcutaneously 5 out of 7 nights of the week before bedtime on an
empty stomach.

Ipamorelin is a selective GH-Secretagogue and ghrelin receptor agonist. The potency of ghrelin stimulation can be compared to GHRP6 with less appetite stimulation properties. However, unlike other GH Secretagogues this pentapeptide doesn’t release the same volumes of cortisol, acetylcholine, prolactin and aldosterone. It is for this reason Ipamorelin has been considered the first selective GH Secretagogue.

Suggested dosage: Inject 0.10ml subcutaneously 5 out of 7 nights of the week before bedtime on an empty stomach.

MK-677 is a long active orally bioactive agonist of the GHS-R1a. As such, binds to the same receptor that GHRP2, GHRP6, and Ipamorelin also stimulate. Also called Ibutamoren, it has shown to cause a predictable rise in IGF-1 but unlike other GH secretagogues doesn’t help to decrease adipose tissue. It has been shown to increase lean muscle mass and might be a good candidate for sarcopenic patients with low bone mineral density. In order to reduce the negative effect of somatostatin, MK-677 is best taken on an empty stomach with no insulin in the system.

Suggested dosage: Take one capsule by mouth once daily on an empty stomach.

Because it’s easy! As a patient, you receive two to four pellet insertions per year. This way you don’t have to think about it, and the hormone is available when your body needs it.

Bio-identical Hormone Replacement Therapy (BHRT) can come in oral, topical and pellet forms. BHRT has many advantages over other hormone therapies – most notably, the consistent administration of the hormone prevents the rollercoaster-like effects patients often experience with creams and pills.

HOW LONG DOES A BIO-IDENTICAL HORMONE REPLACEMENT PELLET TAKE TO WORK?

As each patient’s symptoms are unique, so is each patient’s path to hormone optimization. Most patients report some symptom resolution in as little as two to four weeks, but full optimization may take up to six months. Your journey will be customized to fit your specific needs. It takes more than one to two weeks for your hormones to get out of balance, so expect it to take time to resolve. 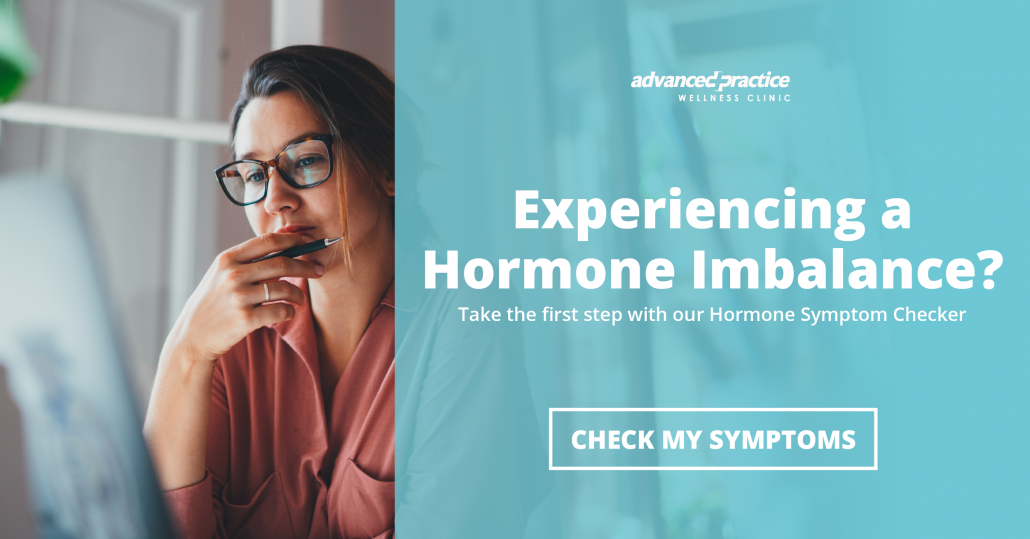